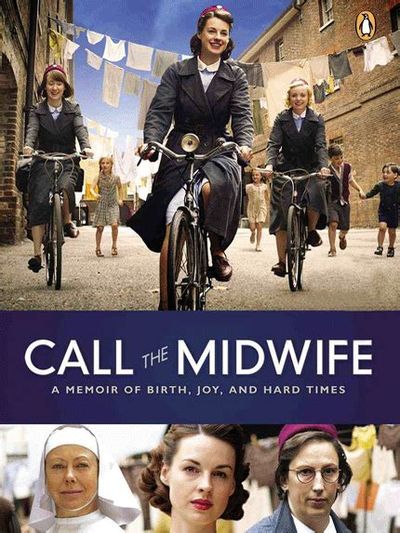 Call the Midwife is a TV series starring Vanessa Redgrave, Laura Main, and Jenny Agutter. Chronicles the lives of a group of midwives living in East London in the late-1950s to mid-1960s.

Jenny speaks to her ex-lover again, while Sister Monica Joan lands herself in trouble with the police. Chummy receives a visit from her snobbish, imperious mother which forces her to reconsider her relationship with Peter.

Tom and Trixie work together to help a young couple, Barbara wrestles with her conscience, and Sister Julienne is seconded to a maternity hospital, where she discovers the emergence of a worrying pattern.

A series of attacks on young women in Poplar has a direct impact on the residents of Nonnatus House, Trixie is suspicious about a patient whose pregnancy has not been reported, while Patrick and Shelagh take a trip.

The effects of thalidomide continue to take their toll on a former patient, leaving Patrick guilt-ridden, while a shocking incident leaves Phyllis consumed with guilt of her own.

Sister Julienne and Trixie attend to the female inmates at Holloway Prison, where they meet a troubled young woman. Meanwhile, Jenny deals with a vain patient, Shelagh receives horrendous news, and the girls celebrate Chummy’s birthday.

Sister Bernadette is discharged from hospital, while a heavily pregnant Chummy resumes her midwifery duties. Jenny meets a new love interest, Fred’s pregnant daughter pays him a visit, and Nonnatus House itself is under threat.

Hesitant nursing assistant Jane Sutton arrives at the convent as Jenny is seconded to hospital work, meeting Jimmy, who, to her surprise, is one of the patients. Arrogant surgeon Aubrey Tracy misdiagnoses Jimmy and an operation is required, where Jenny acquits herself well. She also sees that Tracy is himself ill and he resigns. Meanwhile aggressive twins Meg and Maeve Carter – both married to the hen-pecked Sid – arrive at the clinic as Maeve is pregnant. However they eschew modern medicine for old herbal remedies and, following a bleak tarot card reading, the …

Patrick is horrified to learn that a medication prescribed to expectant mothers may be the cause of the recent birth defects in Poplar, while the Nonnatus House residents and the community at large are devastated when tragedy strikes.

Best Episodes Of The Last Kingdom

The Worst Documentary Series from 2019