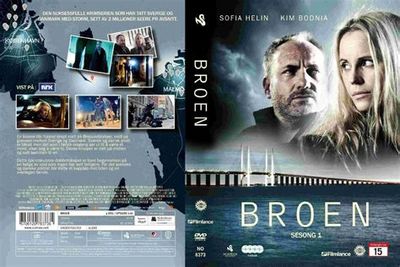 Things are brought closer to home when the criminal’s mask is removed.

Henrik believes he found the connection between all victims and an unexpected finding ends up on the investigation board. At the same time, the crack between him and Saga is greater than ever.

Saga has been forced to take a leave of absence from the investigation and her old colleague Rasmus Larsson takes her place.

It becomes apparent that the case isn’t over and Saga and Martin race to prevent another terrorist attack. Saga faces a decision that may destroy her friendship with Martin.

The hunt for the killer intensifies, and Saga and Henrik are certain of his identity. But when they are about to bring him in, he has disappeared.

The crime spree is resolved. However, many loose threads remain.

The homeless girls know who the killer is and try to get in contact with Henrik, but the killer is after them and the girls have to run for their lives. Meanwhile, Saga finds a match for the killer’s fingerprint.

Saga and Martin have a sketch of the suspect, but can they get to them in time to avert ‘The Graduation’. Their friendship is placed under strain by Martins inquiry into Saga’s past.

The hunt for the perpetrator and Freddie’s newborn baby continues. Freddie gets an SMS from the kidnapper with a picture of the baby and a meeting place.

Best Episodes Of Star Trek: The Next Generation

Best Episodes Of Parks and Recreation