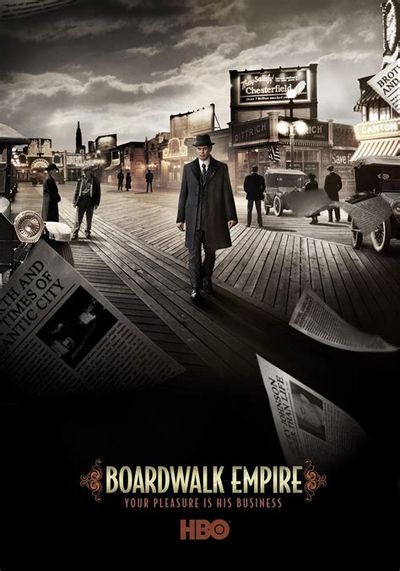 10. A Return to Normalcy

Nucky’s organizational skills are put to the test as the election approaches, his judgment’s questioned as he handles the Commodore’s poisoning, and he reveals his part to Margaret.

Nucky plans to whack Joe Masseria and Gyp Rosetti, Richard stands up to Julia’s abusive father, and Owen and Margaret plan to run off together.

8. Under God’s Power She Flourishes

Jimmy’s experiences at Princeton are seen in flashback, Margaret tries to deal with her guilt, and Doyle tries unsuccessfully to wheel and deal.

With the Commodore’s stroke, the conspirators against Nucky realize their error and begin to make bad decisions.

Nucky discovers that Lansky is betraying him by piggybacking heroin in his liquor trucks, Nacisse and Chalky are at total war, and Knox coerces Eli.

Jimmy tries to make things right with Nucky, the KKK murderers get justice, and Nucky marries Margaret to avoid her testimony at his trial.

Nucky visits Gillian, Luciano and Lansky deal with Narcisse and young Nucky faces a turning point. In Chicago, Capone prepares to face trial and in New York Margaret becomes a stock operator a la Joe Kennedy. Scores are made and settled.

After Owen’s dead body is delivered in a crate and Margaret leaves him, Nucky spends the next day with a seriously wounded Eddie and Gyp’s thugs trying to kill him.

In 1897 Nucky’s family tries to help the young Gillian and in 1931 his forces try to resist an ambitious Luciano.

After promising Rothstein Mellon’s distillery, Masseria is persuaded to withdraw his support for Gyp, and Margaret finds an abortionist in Brooklyn.