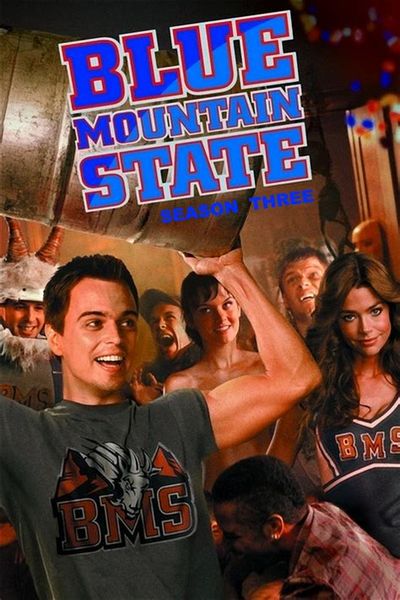 Alex and Thad deal with the ramifications of a pornographic photo that Thad sent from Alex’s phone after it makes its way around campus.

The team is a game away from an undefeated season when Radon is injured in practice and Alex may have to start. meanwhile, Coach Daniels suffers a heart attack. Dan Patrick and Chuck Liddell guest star.

After a streak of bad luck, the team holds a “Lock-In Party” at the Goat House to build team camaraderie at which Alex and Thad divide the rest of the players into two groups and compete in a drug-fueled Team Building Olympics.

A blackout on campus has postponed the following day’s game against Buckingham. Alex uses it as an opportunity to settle the score with one of Buckingham’s cheerleads who humiliated him in high school.

BMS rejoices when they find they will be playing Blackwell for the Bowl Championship. The celebration is cut short however when the NCAA comes at them with 3 years of dirt on the team – enough to bring the axe down.

The guys struggle to figure out a way to pass the NCAA’s random student-athlete drug testing.

During “Marathon Monday” a BMS drinking tradition where the whole campus parties from 6 a.m. Monday to 6 a.m. Tuesday, Alex meets and hooks up with the girl of his dreams who turns out to be just like him.

BMS loses the Bowl Game to Blackwell when their starters are benched from play due to breaking NCAA rules. Feeling robbed, the BMS starters challenge the Blackwell starters to an unofficial Bowl Game in a local corn field.

A massive riot breaks out on campus after the final game of the season. Alex and the players must save Sammy from being torn apart by rabid fans. Denise Richards guest stars.

The Worst Crime Shows from 2010

Best Episodes Of The League