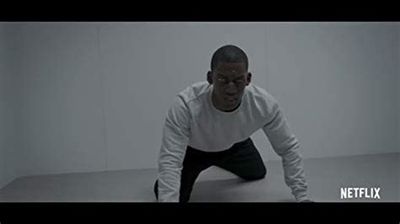 When withdrawn Kenny stumbles headlong into an online trap, he is quickly forced into an uneasy alliance with shifty Hector, both at the mercy of persons unknown.

A woman desperate to boost her social media score hits the jackpot when she’s invited to a swanky wedding, but the trip doesn’t go as planned.

In a world where people’s lives consist of riding exercise bikes to gain credits, Bing tries to help a woman get on to a singing competition show.

Paired up by a dating program that puts an expiration date on all relationships, Frank and Amy soon begin to question the system’s logic.

Capt. Robert Daly presides over his crew with wisdom and courage. But a new recruit will soon discover nothing on this spaceship is what it seems.

When Yorkie and Kelly visit San Junipero, a fun-loving beach town full of surf, sun and sex, their lives are changed.

Three interconnected tales of technology run amok during the Christmas season are told by two men at a remote outpost in a frozen wilderness.

3. The Entire History of You

In the near future, everyone has access to a memory implant that records everything they do, see and hear. You need never forget a face again – but is that always a good thing?

2. Hated in the Nation

In near-future London, police detective Karin Parke, and her tech-savvy sidekick Blue, investigate a string of mysterious deaths with a sinister link to social media.

A woman enters the Black Museum, where the proprietor tells his stories relating to the artifacts.