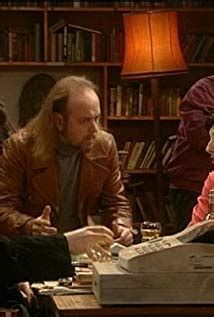 Bernard and Manny have to deal with a gangster turned writer who plans to hold a reading of his autobiography at the book shop, however he can’t read. Meanwhile Fran gets an office job where she isn’t quite sure what she is meant to be doing.

When Manny defects to Goliath Books after an “incident” with Bernard, his ex-employer’s life spirals out of control. Meanwhile Fran returns from holiday only to be greeted by the squalor of Bernard’s shop.

Bernard wakes up to discover that he has a new employee for his book shop, who infuriatingly has great skill at selling books. While Bernard is reluctant to keep him on, Fran makes her feelings clear on the matter.

Bernard is struggling to cope with getting down to menial but essential tasks for his book shop, such as the accounts when a chance meeting with a customer, Manny, helps him out. Meanwhile, the owner of the shop next door, enlists the help of Bernard and his customers to find out exactly what an object from her shop is and in doing so misses an important appointment.

On a scorching hot day, Manny tries to maintain his body temperature so it doesn’t go over 88 degrees; Fran has problems with a new neighbour, and Bernard tries to find an appropriate “summer girl”.

Fran decides to take up piano lessons with a very prominent teacher, however all doesn’t go to plan and she ends up having to ask Manny for a favour. Meanwhile Bernard asks a girl out and once again Manny is called upon for a favour.

Manny and Fran drag Bernard along with them to a party, but the drunken aftermath dredges up secrets and bitterness.

After Manny calls a cleaner to the shop, he and Bernard must vacate it. Luckily they are asked to house sit for a friend. Meanwhile Fran goes on an ill-fated date.

When construction starts next door to the shop, Manny, Bernard and Fran try to decide what to do while it continues.

Following a burglary Bernard buys a sophisticated alarm system which results in Manny getting locked inside the shop and Bernard stuck outside in the rain. Fran is no help as she took her phone off the hook to listen to the sexy man reading the shipping forecast.