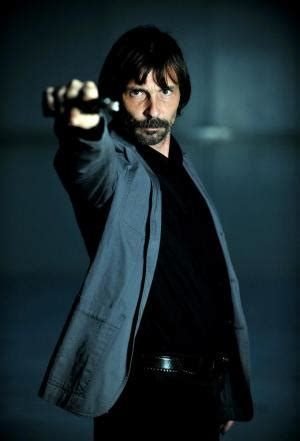 Akbaba Bey returns to join the squad. Behzat wants to learn whether he met with Defne before.

A young woman falls from a bar’s upstairs terrace and a suicide note is found, but a pregnancy test and links to a political group suggest foul play.

The team tries to hide Eda and Selim’s news from Harun on his big day. Behzat learns why Ercüment has been vengeful toward him, and who killed Berna.

When a man accused of illegal magazine distribution dies in police custody, Behzat must lead a touchy investigation that could impact his colleagues.

A retired Colonel named Can Uçar is found dead in his house. It seemed that the colonel shot himself in a ceremonial suicide. But the Murder Squad believes that the colonel was murdered and the suicide faked. Chief Constable asks Behzat Ç to investigate. Behzat Ç. finds that Colonel was interviewed by a reporter and he tries to find her. One the girl is located he realises that Can Uçar’s murder was just the tip of the iceberg. Behzat ç. gets critical information from reporter which puts his life in danger.

Barbaros and Muzaffer settle a final score. With solid proof in hand, Emre plans to make a capture. Those behind the assassination must pay.

En route to meet Ghost, who’s phoned to say he has Eylül, Behzat revisits defining moments from his past and tries to make sense of his present life.