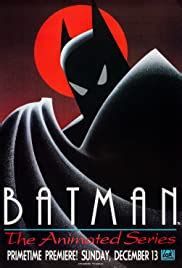 Before undergoing surgery meant to remove both his disfigurement and his alternate personality, Two-Face/Harvey Dent is kidnapped by persons unknown.

9. The Man Who Killed Batman

A small time crook tells his story of how he accidentally seemed to kill Batman, and how now everyone wants to kill him next.

After being knocked out in a mysterious warehouse, Batman wakes up in a world where his parents are alive, he is engaged to Selina Kyle, and someone else is Batman.

A series of bombings reminiscent of a long lost TV series occur and the washed up star of it may be connected.

On her first day of release, Harley Quinn gets into a ridiculous amount of trouble in record time.

Batman must stop a vengeful Mr. Freeze from fulfilling his vendetta against a callous businessman.

Two-Face begins robbing Rupert Thorne’s business in revenge while both the gangster and Batman hunt the dichotomous supervillain for their own reasons.

In a bar, a collection of Batman’s enemies chat about their failed attempts to kill him.

A district attorney who loathes Batman is forced to defend him in a twisted parody of a trial run by the inmates of Arkham Asylum who have seized control and taken them both prisoner.