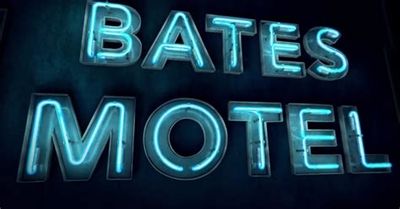 10. A Danger to Himself and Others

Norma searches for Norman, who finds himself in unfamiliar surroundings; Dylan waits for news about Emma; Romero gets a surprising proposition.

Norman’s legal problems worsen; Emma takes care of family business as Dylan finds himself caught between his past and his future; Romero begins his plan for revenge.

Norma and Norman each suspect the other of a terrible deed; Dylan contemplates his future with Emma; Romero makes a choice that dramatically impacts the Bates family.

Norman and Mother are brought together as trouble looms large; Romero convalesces with the aid of an old friend; Dylan returns home.

Norma contemplates a life outside of White Pine Bay; Emma and Dylan bond while helping Norman.

Norma and Norman attempt to reconnect as they plan for the future; Dylan and Romero decide to take action for Norman’s own good.

Norman plans a special event for his mother; Romero experiences pressure over his actions; Dylan considers reaching out to Norman.

A special guest checks into the motel; Dylan grapples with devastating news; Sam and Madeleine’s marriage reaches a crossroads.

The Best Science Fiction Shows of all time

Best Episodes Of The Walking Dead