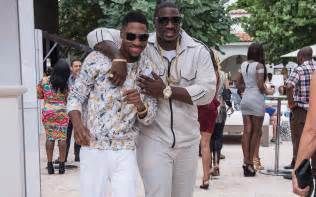 [HBO] HD. ‘There’s No Place Like Home, Baby.’ Season Four Finale. Spencer takes his fight to the next level. Ricky jeopardizes his comeback.

Spencer has to make an important decision for himself when Joe offers him a fresh start. Charles gets a second chance at getting back into the game. Jason and Spencer try to talk some sense into a confused Vernon.

Spencer makes his pitch; Ricky maps out his future; Charles gets one more crack at a top job.

Spencer encounters resistance to his Las Vegas expansion initiative; Joe takes a detour with Reggie; Jason blasts Kisan for his lack of transparency; Charles bristles over Larry’s failure to give him credit for a lineman he landed.

Spencer looks to limit the damage from Ricky’s latest transgression and finds himself at odds with Anderson.

Spencer, Joe and Mr. Anderson take a trip together. Larry is testing Charles’ loyalty and Ricky puts pressure on Jason to make a deal.

Charles goes to Ricky’s fun house to escape his marriage. Spencer juggles both Vernon and Ricky’s conflicts and tries to calm his worries about his own mental and physical health.

Spencer faces new worries over his expansion dream. Julie looks to end a feud with a home-cooked meal.

As Vernon’s scandal gets cleared up, he learns about a negative incident involving Reggie. Joe reaches out to Mr. Anderson in vein and thinks he and Spencer should walk out on him. Spencer wrecks his car to try and make amends with a former player from his past. Ricky has a motivational video made for Charles, causing him to get back into football.

Spencer makes a last-ditch effort to get back what he’s lost. Ricky awaits a call that could define his future. Vernon takes a road trip. Siefert offers Charles a big opportunity, but it comes at a cost.

The Worst Science Fiction Shows from 1996