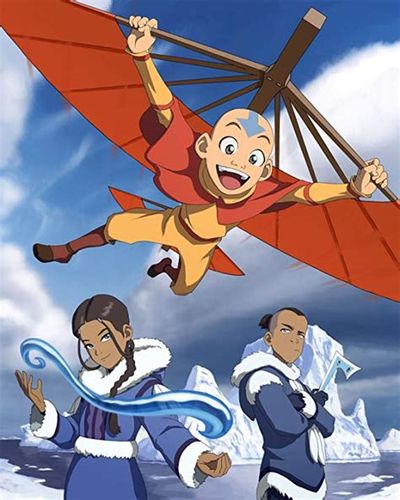 Zuko has joined up with Aang’s group and is now ready to teach Aang fire bending. Unfortunately, Zuko has found out that he has lost his ability and must now relearn it. Zuko and Aang travel to find the original source of fire bending so that they both can learn from The Firebending Masters.

Aang awakes on a mysterious island and confronts his past lives for advice on how to stop the Fire Lord without killing him. The rest of the group searches for Aang.

As Zuko tries to make it by in exile without his uncle, he remembers how his father became Firelord and what happened to his mother.

The invasion seems to be succeeding until Aang learns that their arrival was anticipated. Zuko confronts his father.

A series of short stories covering some of the time spent by Katara, Toph, Iroh, Sokka, Aang, Zuko and Momo as they live in Ba Sing Se.

5. The Crossroads of Destiny

The heroes work together to stop Azula’s destructive plans; Zuko finds companionship in an unlikely source and learns the time has come to make an imperative choice about his future.

4. The Avatar and the Fire Lord

Both Aang and Zuko must learn the history of how the war began. Zuko learns a secret about his great-grandfather’s past.

Aang’s moment of truth arrives. Can he defeat Ozai, the Phoenix King? Will he be forced to take a human life? All the characters face their greatest challenges.

While looking for an Earthbending teacher, Aang, and his friends discover a young blind girl with secrets of her own.

As the Fire Nation continues its assault on the Northern Water Tribe, Sokka, Katara and Yue set out on a search for Aang, being guided by his spirit.

Best Episodes Of The World at War