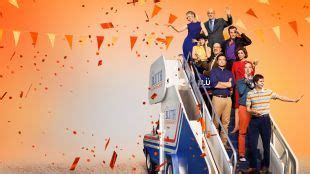 George Sr. is placed under house arrest by the family’s new attorney Bob Loblaw, and finds that it’s not exactly a walk in the park. Michael sets up his first date with Rita, but Rita has an unfortunate encounter with the family beforehand.

Michael’s quest to locate the mysterious “N. Bluth” leads him to Nellie, a prostitute who he believes is his long-lost sister, and the woman who just might be able to clear everything up. Meanwhile, Buster’s fake coma incurs the wrath of real doctors.

Michael gets a lead that his father has fled to Mexico and takes along a group to retrieve him. In the meantime, he tries to connect with George-Michael’s girlfriend, Ann, and Buster tries to escape going off to the army by stowing away.

Michael thinks it’s time for George Sr. to leave the attic where he’s been hiding as a fugitive. George-Michael helps his girlfriend Ann stage a protest against the American remake of the movie Dangerous Cousins, which turns out to be a big hit for Maeby. Tobias falls for Kitty, and learns that his “cease and desist” with the Blue Man Group has been lifted, and they ask Tobias to come to Las Vegas for an audition.

Lucille recruits George Michael to take Buster’s place at the annual mother son dinner dance. While Michael and Gob are busy tracking down the seal that ate Buster’s hand, Tobias signs away the family’s life rights in order to get a part with his former acting coach Carl Weathers.

Gob heads to Iraq via his participation in the USO, where he is quickly arrested and being held by the U.S. military. The prosecutors believe this is treasonous, so Michael and Buster head to Iraq to free Gob. There, they visit the house they built and discover what’s really inside.

4. The One Where They Build a House

Michael’s new business model backfires when Gob suggests that they build a fake house in two weeks. Meanwhile, George Sr. turns up in Mexico, only to be captured by prison guards who have been injured by a shoddy device he tried to market in Mexico years earlier.

Lindsay and Tobias continue to investigate the mysterious pregnancy by Maggie Lizer, while Michael continues to see her. Buster prepares to go off to Iraq, but before doing so, decides to go on a long-delayed right of passage – swimming in the ocean, and gets his hand bit off by a seal.

While Buster looks for ways to get out of serving in Iraq, Lindsay’s quest to score a date at the Bluth Company Christmas party backfires after Gob’s sexual harassment speech. Michael and Maeby get in trouble singing Afternoon Delight, but are quickly overshadowed by Oscar and Lucille’s afternoon delight.

After returning home from Iraq, George Sr. is finally cleared of all charges, and Michael is relieved to be the head of a successful company for a change. The real brains behind the madness is revealed, and just as the family begins to celebrate their victory, a whole new set of problems emerge.