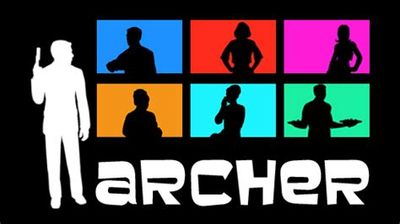 A hostage negotiation spirals out of control when Archer and Lana go missing.

Everyone is stuck in an elevator. The only thing lower than rations is patience. Oh, and their only rescue is a highly advanced rolling toaster. What could go wrong?

When a trial turns into a party, it can only mean that Barry-6 has returned.

When AJ is kidnapped, it’s up to Archer to get her back and keep Lana’s rampage pointed in the right direction.

When a bomb threat jeopardizes the maiden voyage of the luxury airship Excelsior, Archer and the ISIS crew must battle the clock (and each other) to avert disaster.

Archer and Lana are called over to Malory’s apartment on what was supposed to be an off night for the ISIS crew. There, they are shocked to discover what appears to be a dead body, some foreplay, and a few random gun shots. As they put together the pieces of the mystery, they soon discover that there’s more to this story than meets the eye, and does Archer have enough spaghetti and meatballs for everybody? And what is underneath Malory’s trench coat?

ISIS goes into full lockdown after Pam is abducted by kidnappers. Wait, Pam? Yes, but the kidnappers were really after Cheryl/Carol. Wait, Cheryl/Carol? Yes, because Cheryl/Carol isn’t quite who she appears to be.

Things get even deadlier on the set of Deadly Velvet when someone turns up, you guessed it, dead.

When Archer discovers the chemotherapy drugs he’s been taking for his breast cancer are counterfeit, he sets out to destroy the criminals behind the scheme.