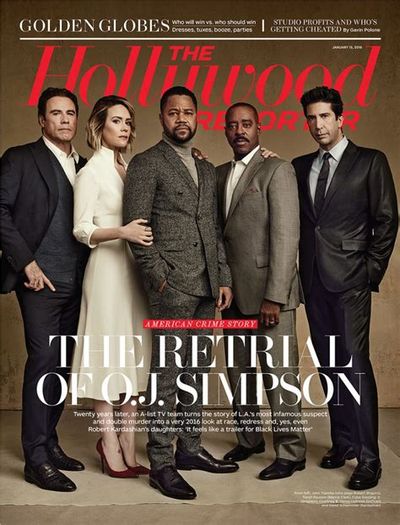 As the trial begins, Christopher Darden and Johnnie Cochran go head to head in court and the jury visits the crime scene.

The infamous live fitting of the gloves is contemplated as both the defense and the prosecution face obstacles in and out of the courtroom.

The jury become tired and restless as the case continues, meanwhile the defence juggle with the idea of putting OJ on the stands

Closing statements are given and the jury must decide the verdict. Effects of the verdict are highlighted for both sides, as well as the community.

The hunt for spree-killer Andrew Cunanan comes to a frantic end.

A young Andrew Cunanan struggles with his oppressive father, as a young Gianni Versace becomes a designer.

4. From the Ashes of Tragedy

The murders of Nicole Brown Simpson and Ron Goldman lead the LAPD to the home of O.J. Simpson.

As jury selection gets underway, the entrance of Johnnie Cochran adds an interesting energy to the case.

2. The Man Who Would Be Vogue

The murder of Gianni Versace turns the eyes of the world onto Miami Beach.

Tensions rise as the defense starts taking aims at racial implications in the case, and as Marcia faces an ongoing divorce and negative representation in the media.

The Best Animation/Cartoon Series from 1999