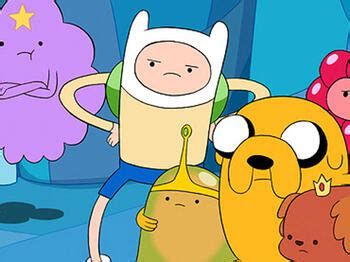 Princess Bubblegum searches for a cure for Marceline and Finn and Jake battle a vampire.

Finn, Jake, and Orgalorg converge with the comet and meet their destiny.

Following the release of the Vampire King’s Vampuric essence, Finn, Jake, and Princess Bubblegum are forced into a fight against the seemingly unstoppable force without the aid of a depressed Marceline.

After the death of Prismo, Finn and Jake do a funeral ritual. But when Jake eats the last pickle of the jar of pickles that Prismo made for him, he is transported to Prismo’s lair. Will Finn be able to save him?

As the sun rises on her last day, Marceline recalls her long extraordinary life.

Susan strong has flashbacks to her life when she was younger, and starts remembering who she actually is.

Following the unexpected consequences of Finn’s cosmic wish it’s up to the Jake — and his short attention span — to set things right.

1. Come Along With Me

BMO narrates “The Great Gum War” in which Finn, Jake, Marceline, PB and the Candy Kingdom go to war against Gumbald and his army that will determine the fate of Ooo once and for all.